I made a very hard and annoying game. 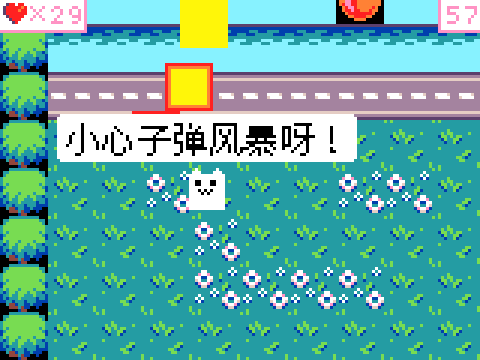 Please don’t touch the triangle enemies and touch the red hearts. It’s all in Chinese so good luck!

how is this meant to be annoyinh?

It’s supposed to be HARD. I completed it on my 34th try. How is that not even HARD to you?

And HARD is ANNOYING.

If you complete it on your 1-5th try, get more than 1000 points and have 20 lives remaining, you are the like THE BEST GAMER EVER.

So I translated the Chinese, Title: Hard as high as the skies. Text 1: Round (Current Round) Text 2: There are (Current Rounds Remaining) rounds remaining. Enemies can even shoot and be invisible. Sometimes, a bullet storm appears and bullets go everywhere. At other times, mines appear from the ground and explode immediately. This game is very HARD and ANNOYING because of that.

Don’t click the fog until you have played the game at least once. It contains spoilers.

You have to survive 10 rounds to win lol. It gets like harder every level because enemies overlap. I was left with 1 life after like 10 rounds!

It’s supposed to be HARD. I completed it on my 34th try. How is that not even HARD to you?

Hard does not mean annoying. A game could be hard (Like Metroid Dread), but fun

Finally, finish with it after 0 tries.