Hey guys, I’m back with another game! This one is called “Four Worlds”, where you travel to four different places during different seasons. Three gems have been stolen by monsters per world; dodge the monsters’ projectiles and collect the stolen gems! Get to the treasure chest to return to the main map. Comment down below to tell me which world you thought was most beautiful and which you thought was hardest. 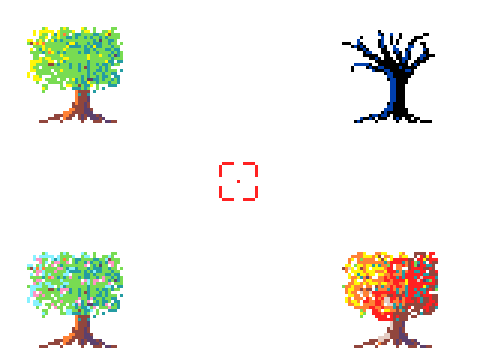 (For me, the Winter world was both the most beautiful and the hardest to beat)

you know, a long time ago i thought of doing something very similar to this except it had four crystals instead of 3 gems. i started working on it and then deleted it a few hours later.