How do you take gifs? 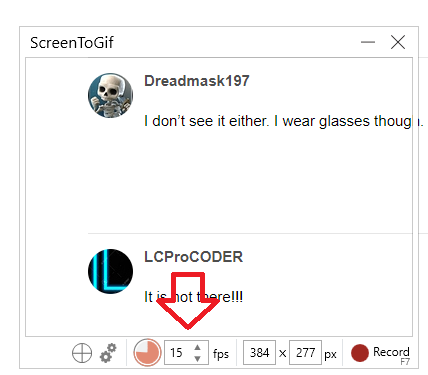 If anyone is still interested in this topic, if you don’t need to edit your gifs after recording them I use OBS to record as it’s much smoother (and looks more pro

) to convert the Matroska (.mkv) files to .gif files with:

i had to use google drive because that’s the only way i know how to take videos but this is how you take a gif https://drive.google.com/file/d/13LR4mK2fR0nNQzrhzxRDLubGhNc1W7zZ/view?usp=sharing

Hahaha same. Also I believe there is a Tower of Heck and I don’t want to confuse anyone between the two.