Is it posible to run an emulator on meow bit to then run ROMS like pokemon GBA ??

I don’t know about meowbit but you can run an NES emulator on the PyGamer/PyBadge: 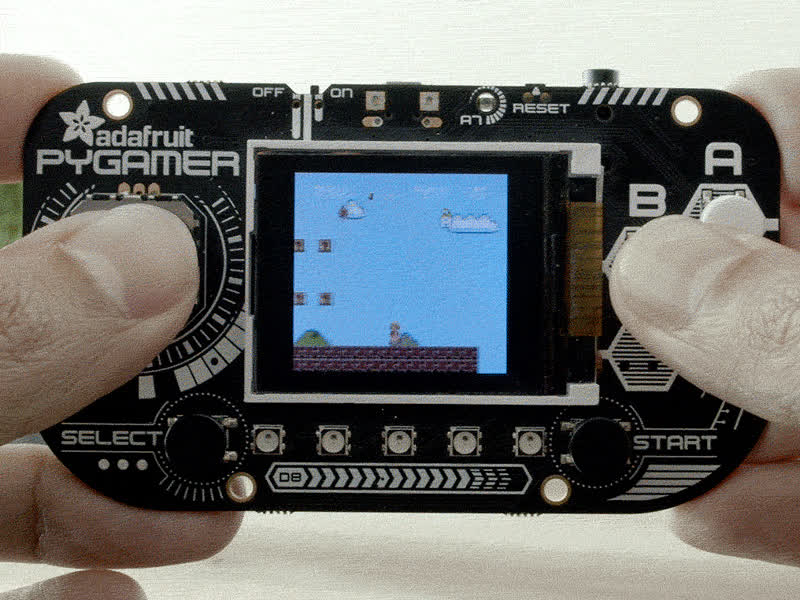 okay well mabe theres away to make that work on the meow bit?

You can try to build it in Arduino:

But I don’t know if Arcada (the library it uses) supports the meowbit.

If you want to run GBA games, you need to write a GBA emulator. But meow bit uses stm32f401ret6 as the mcu, and the hardware only has 96K ram. Usually the GBA game file size is more than 1M. When your GBA reads the file to the memory, of course it will fail. The nes emulator is fine, but it can only run games less than 96K in size.

If you use the NES emulator I linked above it actually writes the games to flash so it can support up to 256KB ROMs.

Things it does not do:

(From the end of the overview page from the guide.)

Note that it says that it doesn’t support any other chips other than the SAMD51 (not the meowbit) so if you were to contribute support for Meowbit in Arcada you may have to re-write the code.

“re-write the code”, how would i do that?

I’m not sure, as I’m not familiar with this project. You should try to follow the instructions for the build in Arduino section of the guide.