Hey folks, Sarge here [refering to my alias online - S0m3_random_guy, abbriviated to SRG which i like to pronounce as “Sarge” - just so you know.]
I’ve figured today is the day to put out something productive so I created a small testing game where I created a prototype system for aiming.

Here you can take a look at the finished project. If you wish, you can remix it, reuse it, modify it or even just glance at the code to learn something new. Just make sure you credit my handle (@S0m3_random_guy) or Sarge as the creator of the aiming system (that is assuming you use this one as the basis for your game).

Disclaimer: I highly recommend going through this post before accessing this prototype to understand how it works 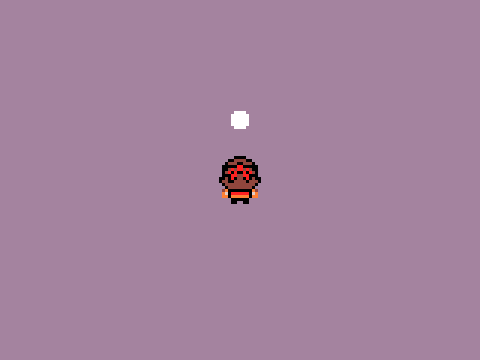 To move your player around use the arrow (←↑↓→) keys, for their respective directions.

Use the P2 left and right (jl) keys for moving the aim indicator leftwards and rightwards on the circular path. Press the A button (space or q) to fire green points from the player. (this is a placeholder projectile, feel free to replace it with any sprite of your choosing)

This project involved some work other than coming up with the code, so I’ll show you how I assembled this prototype. Through this showcase/tutorial, we’ll go over these steps together:

Before I create the code for the project, I must first establish an idea, and create an approach to solving the problem at hand. Then we can find the necessary formulas and implement them into our idea to make it work. At last, we can take the knowledge we have and the idea we’ve made to the next chapter.
Let’s get at it then, shall we?

Now that we’ve established what kind of system we want to create and how we’re going to approach it, we have to code it up in MakeCode. For this tutorial, I’ll be using Blocks, but i might create an update in the future where I’ll implement this in JavaScript (TypeScript) / Python.

In this tutorial, I explained the problem of many shooter games such as Blocky Boss battle (img. 1) that seems to be unresolved still. The games are very fun to play, don’t get me wrong - but the aiming is difficult since the stream of projectiles is fixated in a straight line. 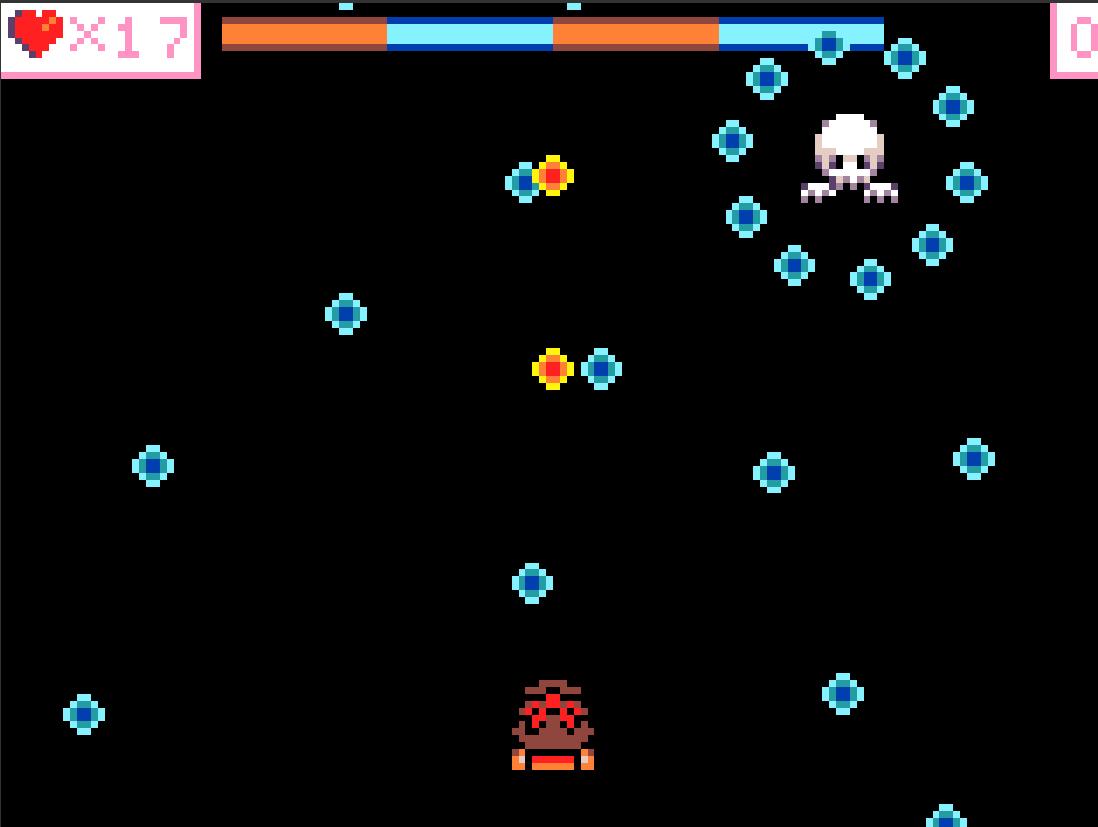 We walked through my solution to the said problem, a 360° aiming system. We made use of some math formulas to convert degrees to x, y coordinates. (img. 2 & 3) 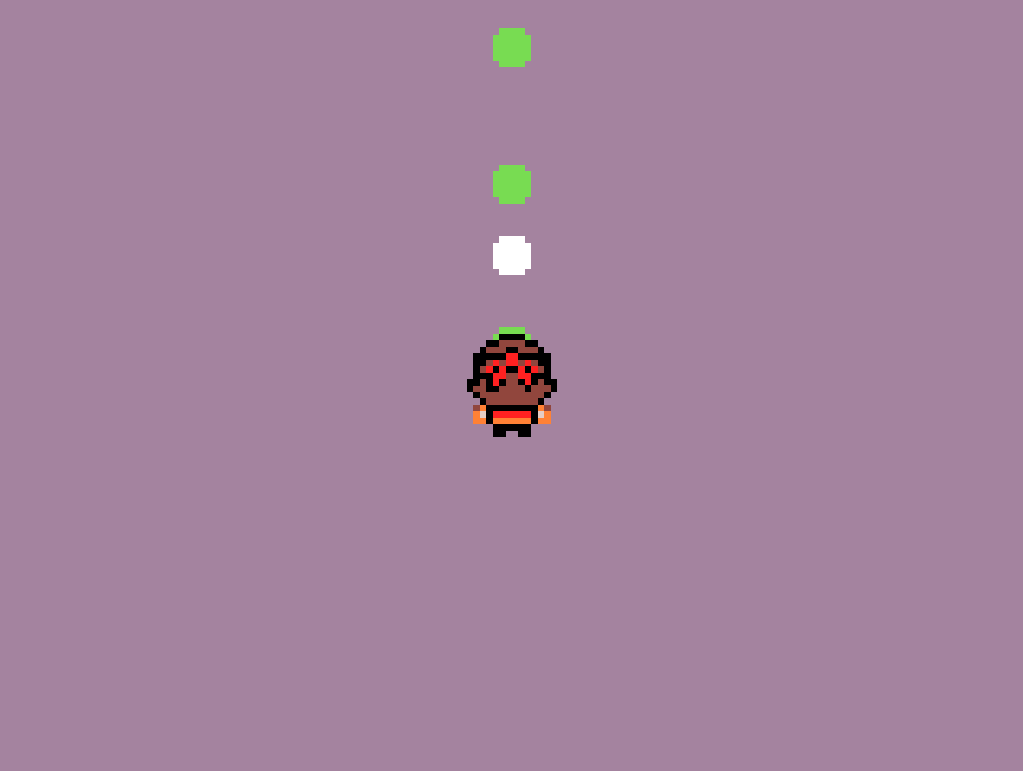 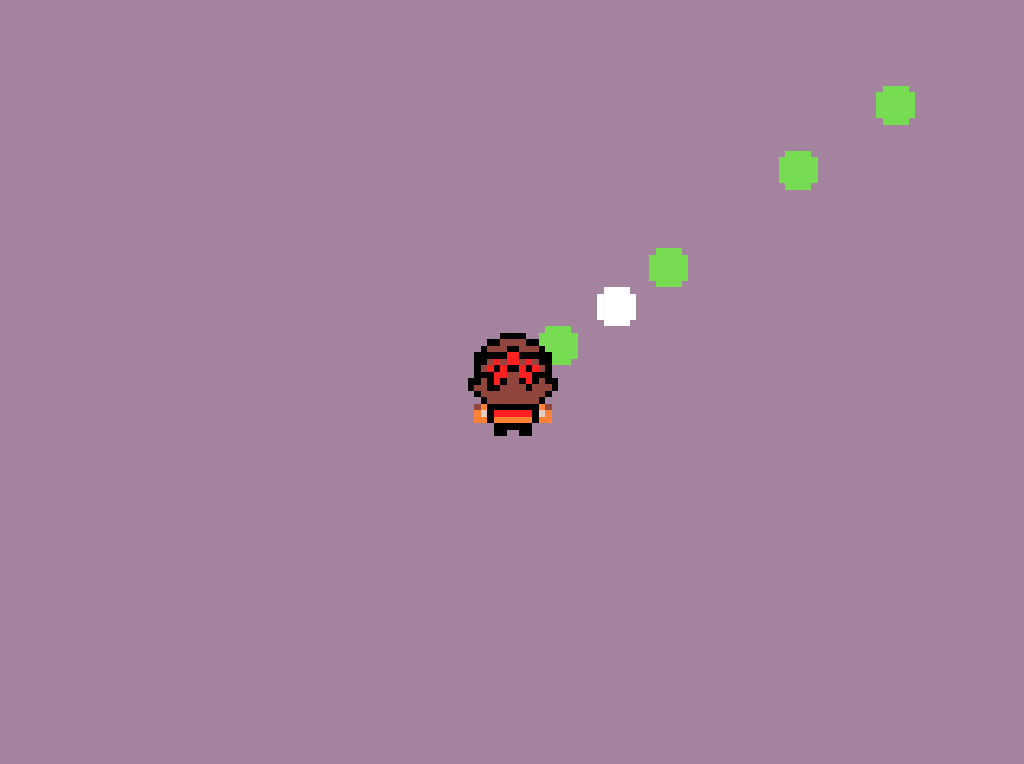 And there we are, you’ve made it to the end. Since you’re one of the few curious and willful individuals that made it to the end, I can only congradulate you for you compassion. I’ve left a little poll for you here, feel free to fill it out, but you should also feel free to leave a reply down below to keep the discussion going. I’m always open to feedback, criticism or advice to improve.

Would you like to see more tutorials (such as this one) in the future?

Thank you for following along, and I’ll see you next time.