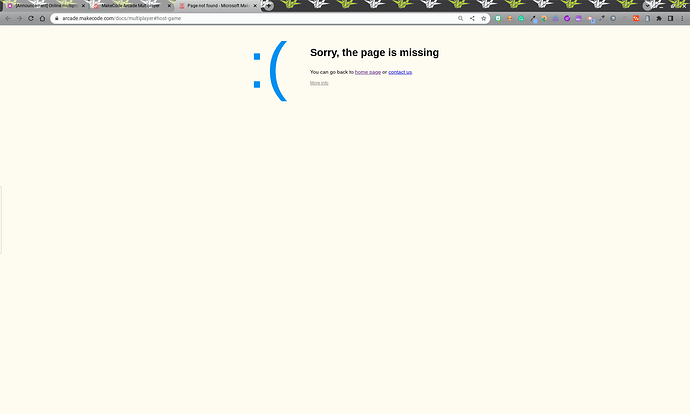 Currently, it works exactly as if you connected up to 4 controllers - they all see the same thing, but I believe a different camera for every person is a planed feature.

I outlined my ideas for online multiplayer in this post on this topic!

I have a couple of ideas for the future of online multiplayer in Arcade! I’d like to have a “persistent” session, where people can hop in and out using a code and for the room to not be deleted when the host leaves, but I get if not having dedicated servers would prevent this from being possible. I’d like to see something where there are multiple simulators - (a.) it could just be support for the radio extension that allows 2 simulators (but hopefully if this happens there will be support for …

Can each player has their own screen? I mean if its a big tilemap, each player can see the place they want!

@LonglinhXuhere that’s planned for a future release! Today there is only one camera

Here’s another multiplayer game I threw together for the splatoon fans:

Controls are left+right to turn, up+down to move, and A to fire

I know what I’m gonna be playing for about a year.

Lol I found this game just now after making my own splatoon-like game a couple of weeks ago for mini game jam #5. Cool game nonetheless!

Read the main post for directions on how to use this. It is not an extension, it is built into (I think the beta version of) Arcade.

Hi @Purp13, we’re releasing a new build of Arcade soon (today, if all goes well!) that includes a new built-in extension for Multiplayer. It is available to try in beta, but that version is missing a few recent fixes.

like a camera for each player, so they can only see their sprite​:laughing: