Hi. I’ve succesfully paired my microbit with my raspberry (runninig Ubuntu) and after the first try, connecting to microbit which was succesfull I saw an X on the leds, which I think is okay, disconnected and wanted to reconnect as a second approach but this was no more possible. I’ve checked also with my phone and and seems, that the broadcast of microbit Bluetooth suddenly disapears after connecing.

I saw a script where the author wrote that he could connect to the microbit and do something with it. He used bluezero for this is also okay (working as described) this is not a question to the raspberry (I use other Bluetooth device without any issue there)

I only see (as I wrote already above) the Microbit only in pairing mode. Afterwards the microbit is not broadcasting. Forcing connection to it fails.
It seems that Bluetooth communication is only for flashing??

What I would like: send a simple string from PC (e. x. Python script) with “Hello World” to Microbit but this is not possible?

The reference script is here: 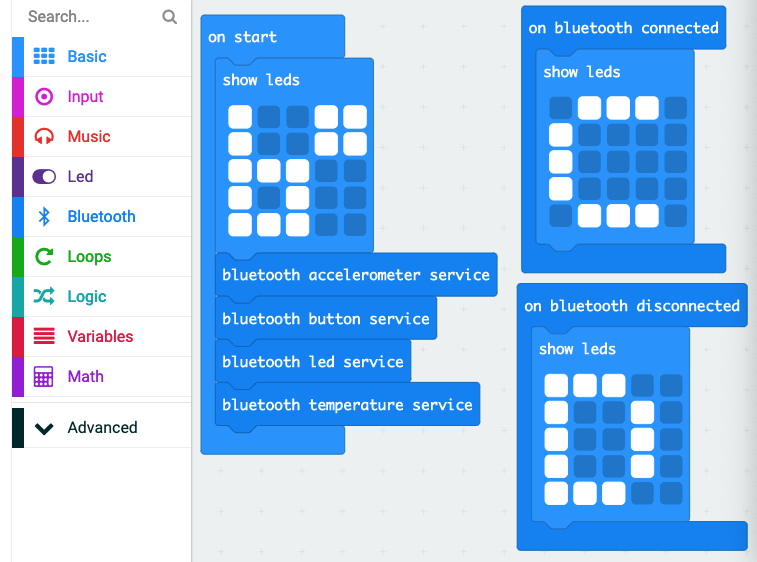 An introduction on how you can exchange information between a micro:bit and a Raspberry Pi using Bluetooth Low Engergy (BLE).