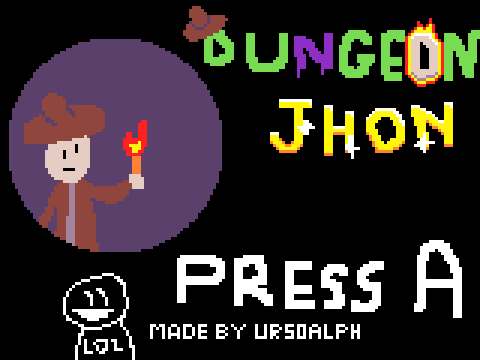 Yay a dungeon game. What is more fun that break your mind to do the puzzles?

Instructions: D-Pad to move
A to interact with things like levers
and B to run.

Inspiration come from: The Legend of Zelda series

Good! Maybe you can make it so you can skip the intro, and If you press a button in the cut scenes or loading screen, the game crashes. Set a In game? boolean to check if it can do the action before trying to do it.

Yeah, the system doesn’t know what the variables are and so when you press buttons it gives you a ‘null’ error. What I like to do to avoid these is either what @Agent_14 suggested or to just define all of the variables right from the start.

Ok but i don’t know how to fix this.

It’s pretty simple actually. You just have a variable as soon as the game starts that sets “Game started” to false. With this you can make it so that with all of the movements/pressing A/B won’t do anything until the game has actually started, making it so that it won’t shut down the simulation. You just have to put an if statement in all of the movement/button press code that is just ‘if game started’ and then it will run that code once the game has started, but otherwise it won’t. You can just set the ‘game started’ variable to true once the cutscene has ended, and that should fix all the problems.

I love your game!