Since separate cameras were confirmed on stream, I thought I’d suggest a set of blocks for the upcoming multi-instance/session multiplayer features. The two most useful blocks (basically all we need, since they’re super flexible) - would be

Here’s a mock-up I made to show for them: 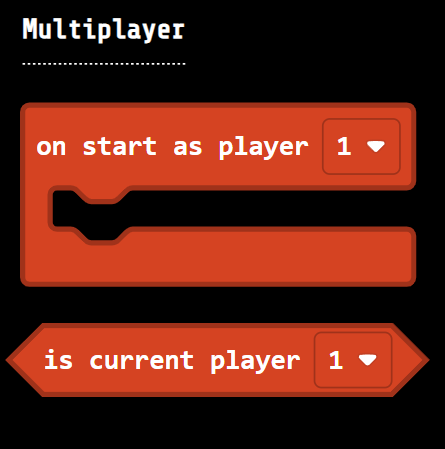 If we wanted to track a certain sprite for a player (each player has their own camera), we would initialize a sprite when the player joins, and make the camera follow it under that player’s instance. If we were drawing a different image to the screen for each player, we could run an if statement inside of the game update loop. Then we draw something else depending on which player is executing the code.

This sounds and looks epic! I support this!