I’d like to also have the blur in effect like mario world (the blur out effect works just fine), but I haven’t been able to get that to work so the code for that was completely scrapped. Anybody have any ideas?

Sorry I think there is no way to do it

is it the one with the menu problem?

No, it has nothing to do with it. I think I will have to show the screen for one frame so that the game can take a screenshot and blur it from there.

YAY I finally came back to this game (just to fix the transition) and got it working! I probably won’t work on this game for a while but here’s the link to the fixed version. 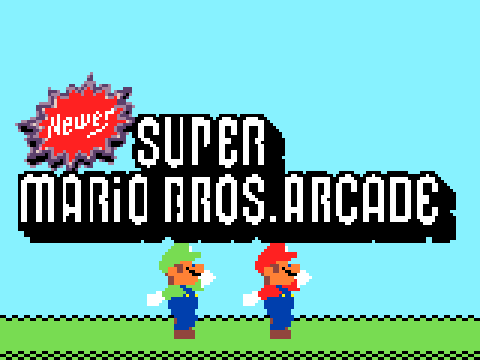 This game (should be) back in development. I’ve made a trailer, but nothing more yet. I’ve also implemented my blur extension (kiwiphoenix364/pxt-blur). I will be releasing this in stages. There will be several games, with one world in each game. There will be codes that are auto-generated by the previous game for which power-up (and collectibles) you have, and also for some cheat protection (so you have to go through each world and can’t skip to the end). 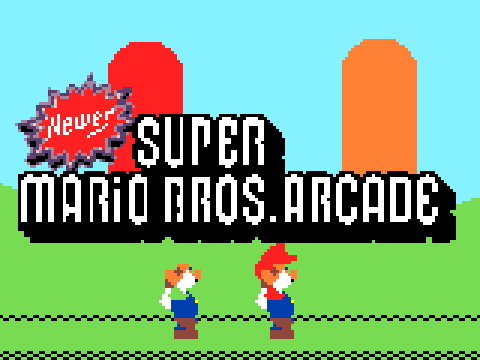 I’m working on a very cool physics engine (I PROMISE IT’S NOT ULTRA JANK THIS TIME), that (if I can fully figure it out) makes slopes of many shapes and sizes possible, different kinds of moving platforms (as Mario is known for) possible, and many, many more things. After I am finished with this game (most likely a LONG time from now, or maybe I’ll just release it after the first edition), I’ll release the physics engine so people can put it in their own games!

Next, I have to make powerups (most likely MANY), including PROBABLY having to make new sprites for boomerang suit and YOSHI (POTENTIAL SPOILER ALLERT!!!).

After that, I’ll focus on level design and add mechanics where necissary.

ALL PLANS ARE SUBJECT TO CHANGE OR THE GAME MAY BE CANCELED.

i am really looking forward to this ,it looks great already

And different shapes of things are really easy to add in with this new engine! I am still working on some things, and I will be done with physics soon! After that I’ll move on to other mechanics of the game (like powerups and the sprites for them).

Yep, I was planning on doing that, but I’ll probably wait until at least the first world is released, if not all, as I might need to make adjustments to it, so it might be a while before I release a “template”.

Well, sorry, but this (Newer SMB Arcade) is not being developed anymore currently, although I did release the physics engine (and finished it, including the ability to add more platforms easily, the ability to make differently-shaped walls and ceilings, and more!) in a separate topic called “Advanced Platforming Collision Engine” (which I would link to, but it hasn’t been approved yet at the time of me writing this.) I hope you like it and can use it, it’s not a huge project, so I think someone (and future me) could build a game around it.

In case this post is approved before the other topic (and so it’s easier to get to, here’s the engine!

And, to make it even easier to use, the collision and the actual object images are different (MAKE SURE FOR SPRITES THE COLLISION OBJECT WIDTH AND HEIGHT ARE THE SAME DIMENSIONS AS THE OBJECT.) Also, try to use as few pixels of collision as possible, as this will make your game perform better!

that looks amazing,you are so talented and i wonder how do you make so much great things in the forum that arent just basic square tile platformers