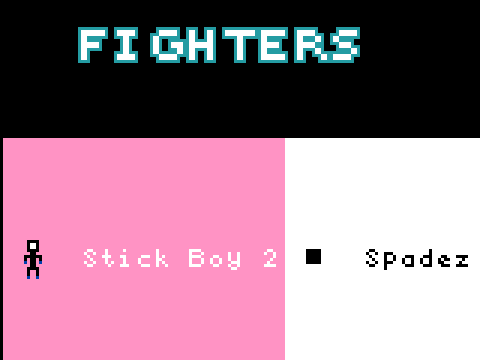 Should I Add A Character BEFORE I add the Cpu’s
Or should I make Stages.
If theirs anything else tell me. I wanna include a lot of people in this project

Add more attackables NPC and the NPC can attack you

You’re making strides here, good work. I believe Opistickz meant that the gameplay felt lonely because there still isn’t much to do in terms of playing the game itself, and I agree that your current goal should be to add cpu so that one is constantly given something to do, and fleshing out more stages wouldn’t be bad either.

@MakecodeOSDev Thats supposed to be the next Update!
@greenturtle537 The Game Is pretty bland. so far… Thanks for clearing up the lonely bit! right now I’m considering To add more stages or CPU’s in the next update. The only problem is…That will take awhile.

Oh Ok! I was planning for it to be single player only though. (Considering the fact that you need a player 2 control to use your special)

wait you can use the player 2 controls? (this guy hasn’t clicked it)

Yea only for the special Move

lol! at least you did better than my brothers. THEY COULDNT EVEN FIND THE A BUTTON!

Big Question. Should I continue the game?

YOURE NOT GONNA StoP UNTIL yoU ADD FREINDS FOR THE PLAYER