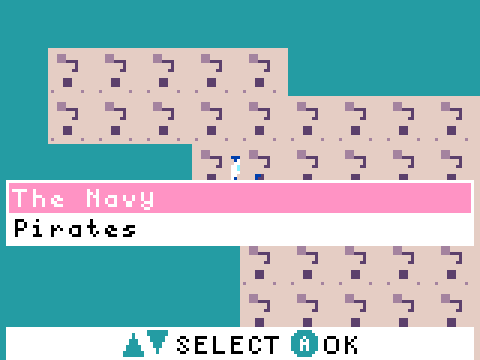 It won’t let you choose between the navy or being a pirate, it forces you to be the navy, how do I get it to work so you can choose

i think you said on stream that you figured it out, but in case you didn’t –

also when you are a pirate it doesnt let you move because you have the move mysprite with buttons + on top the sprite of kind player block because if you put it at the top you still haven’t created you’re sprite and it just doesn’t make sense so if you put it under the sprite of kind player block it will work because you have now created you’re sprite so that now it knows that that’s the thing you wanna make it move it’s just a small tip so if you didn’t know.

thanks for the help everyone!