This Pokémon-ish game isn’t copyrighted by Nintendo, so I decided to mention them in this description. Very good game, but needs a bit of work. I’d like a bit of feedback on this game so I can improve this game to the extent. Note this isn’t finished so you may run into a few glitches. Link is here:

This is a really cool game! A few things about it though are, 1) it seems that once I catch a pokemon, it only lets me use that pokemon and 2) When my pokemon evolve at the end of a battle, and I go into another battle, my pokemon de-evolves. Also, I couldn’t figure out how to reach the school. I really like this game though!

I’m liking the game so far. It’s a bit buggy in the beginning however. As after declining to enter the school I was immediately softlocked and had to reset. 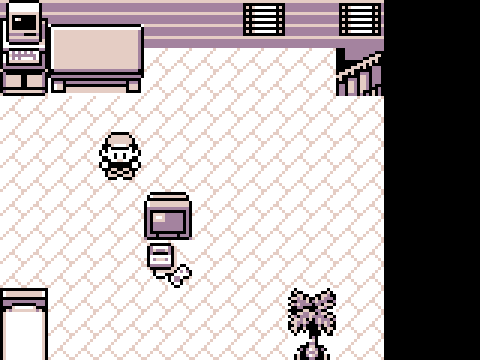 Here’s a stable copy of my ongoing Pokemon RGB clone, although it’s currently just an rpg engine with ripped graphics. I think your project might benefit from a tile mapped movement system like mine uses(since the old pokemon games all did), although it’s kind of a pain to make them work with makecode.

I know, I started working on this a few days ago! I actually did all this in about a few hours. Great test. I know about the glitches and decided to fix them, so here is the updated version. You can actually cheat in this one

by going around the red fence to the top where I’ve added a new area and a few surprises. The game isn’t finished yet and there’s no save data, but I’m still working to get them fixed. Thanks. I’ll try your game soon. Looks great!

I love the game, but I think it would benefit from better tilemapping, because it’s a pain that after you battle a Pokémon, you spawn back at the house. Great game though!

Hard to replicate… at least you spawn on the same tilemap though. I tried to work this out using code and didn’t succeed, but I don’t think it hinders gameplay that much. Thanks for the feedback!

I also wanna work on this project. is it cool if I join?

Hey, @greenturtle537, I decided to take your tilemap idea into account, so congrats! I’ve done it with only 5 blocks of code! It isn’t the best but seems most like the game I’m going for, which is the original Pokémon Diamond edition, just different. Nice idea, I’ve updated it to account for that. But I do need to find a way to make water tilemap animation. I’ve tried Mr Franko’s code and put it in an extension but it just glitched, so can people help me out with this? Thanks. The new version will be posted here:

Can i help with music

Okay… what do you have in mind?

Nice. You should work on the school now.