I got sidetracked from my mode 7 project, soooo… 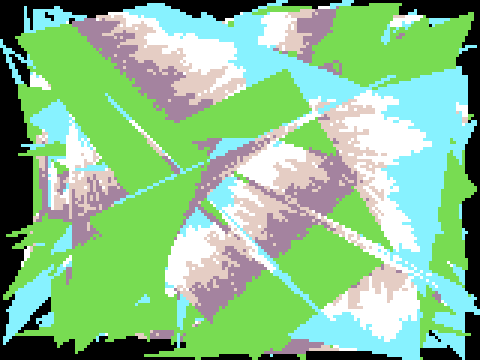 The Sega Saturn has some really weird hardware that does some distorsions to sprites. That’s actually how 3D works in it, it’s calculated by software and drawn with sprites by hardware.

Theoretically, you could do the same thing in Arcade (it would be the only textured 3D engine I know of), but it probably would run terribly on hardware.

Collision and level design would be really hard though, right?

Yeah, indeed very hard, the Sega Saturn was kind of a pain to work with.
There’s a nicely detailed article about it’s hardware though, it’s pretty interesting.