Now, let’s create the Stopwatch in TypeScript. This will move us closer to creating a Stopwatch extension.

If you have not created the Blocks version of the stopwatch, you may want to review the first two posts in this series:

In this post, we will create the stopwatch using TypeScript. We also will talk about some basics of object-oriented design. We won’t go into a lot of detail; we will just highlight some of the concepts.

We will be using TypeScript for this project. (You may know it instead as JavaScript, since that is what the language is called in the editor.) We will not cover the basics of TypeScript here. If you want to learn TypeScript, then take a look at the CS Intro 3 course in the MakeCode Arcade documentation.

Here is a link to the finished version of the project. Feel free to run the project in the simulator. As before, if you’re planning on walking through this journey with me, then please don’t look at the code yet. You don’t want to spoil the story! 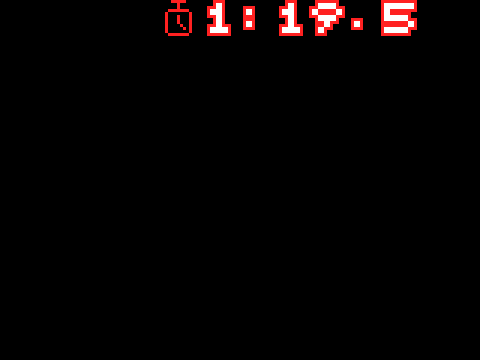 We will come back to this project later, as the code that we create together will be a little bit different from the code in the project above.

Working with the Text Sprite in TypeScript

Adding functionality to the Stopwatch class