1 in a million with two games

For the first game, you could simplify the logic a little bit:

Nice work! That was a lot of fun! No, I didn’t win in either game.

[1] For those who dig a little deeper, MakeCode Arcade, I believe, relies on JavaScript’s math.random() function which, according to Mozilla, is a pseudo-random generator that approximates uniform distribution: https://developer.mozilla.org/en-US/docs/Web/JavaScript/Reference/Global_Objects/Math/random

Thanks @AlexK! The changes in the game sound better. I’m someone who is usually on the safe side. I tried making a 1 in a million game about in July I believe. Thanks for the feedback! I feel like I’m over doing it but thanks for simplifying it!

Is the first game a template?

I have a messy desk, and happened to have the necessary parts for a test jig at hand. I’ll let you know how long it takes: 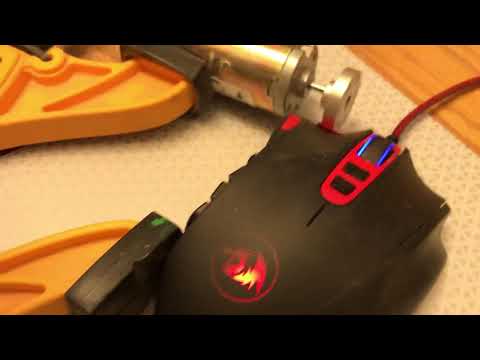 That is the best thing ever! How long do you plan on running that for?

I left it running while I left my office for a bit, and over the course of about an hour, it had tried 15,778 tries without a win. I do need my computer again before the day is out, though, so I stopped it. As fun as mechanical testing is, I think automated testing in software will probably be faster

Yeah, automated testing will usually be a bit faster

If anyone wants to run it in dev tools, under the ---simulator:

(just a general note for anyone reading, note that running things in dev tools can be a safety concern if you’re e.g. running something on a site with a log in - it’s best to avoid running any code you do not understand / you didn’t write yourself there / just be cautious in general that you aren’t sending your data to someone or anything of the sort.)

Man everyone is looking for (well I don’t want to say cheats) new ideas to beat this game.

I mean you may not want to say cheats but I’m not against it; name of the gif in my post:

But seriously, I don’t know javascript or python but that is cool!

Big Brains!! I’m not against your javascript but robotics or javascript is a good way to put it.

Here is the problem with both of your ideas @jwunderl and @FlyingFox, when you spam A, who knows when you will win? Then there is the part where you do win but never get to see the victory

Ah good point, here’s a version that will rain confetti and say you win when it’s over without restarting:

That solves the A button problem

Have you been leaving it on all night

Question: Does it delete the number you roll after you roll it so you get a higher chance of winning as you go on?