@Opisticks the link at the top of Creeper vs Player (Ultra Hardcore) and the link that you are using is completely different. This means you have altered the game code. So, I don’t believe you made it to 200 ngl

I thought of a new game concept, and I made this one really funny.
This is automatic mode, where the computer plays for you. Try pausing the game at every game rank interval (0, 10, 25, 45, 70, 100, 200) to see what makecode (not me, but makecode) wants to tell you about the performance of your computer.
HOWEVER, If you want to attempt to boost the performance of your computer, pressing A on the controller or Z on your keyboard will boost your player speed by a small amount. You can press it as many times as you want.
Additionally, to help the computer out, it will gain 1 life every 10 seconds in game. Hopefully you can get it to 200 score! 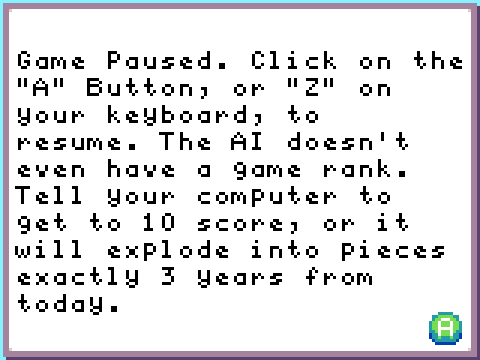 How about Multiplayer mode mhmmmmm

@Opisticks
I created your multiplayer mode. You can host a game or play with multiple players on the same screen. Control the player with W, A, S, D (or arrow keys) and control the creeper with J (Left), K (Down), L (Right), and I (Up).

I was suggested another game concept by a friend. This one I took to a whole new level. I added a completely different set of colors to make the color palette exactly what I needed for the sprites. This mode is called “Enderman vs. Player”, where your job is to eat the chorus fruit (I spent like half an hour perfecting this sprite so it is completely identical to the original one from Minecraft Java 1.9) and not get hit by the enderman. However, there’s more. Instead of the enderman just regularly following you, it will also teleport around every 7.5 seconds randomly. Don’t get surprised if it teleports right on you! Also, if you let the enderman touch the chorus fruit, it will also teleport the enderman! Watch out so you don’t get teleported on! 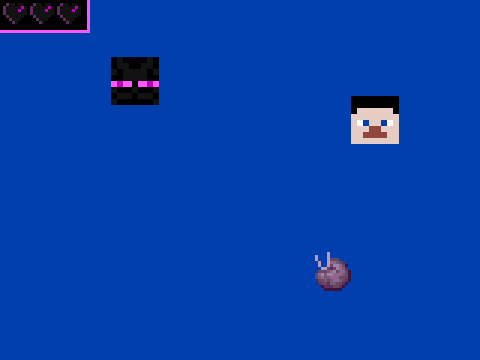 I don’t really have any more ideas on what I can create here. I want to keep this game active and add new gamemodes, so you’re not playing the same thing. Does anyone have any ideas for newer gamemodes?

Note that certain gamemodes like Hardcore and UHC allow players to exit the map to make it possible to kite the creeper further.

I have updated multiplayer mode to make it more fun and balanced. 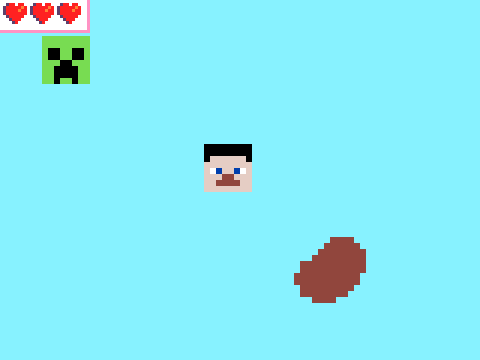 i am really good at this game, probably the best in the world. 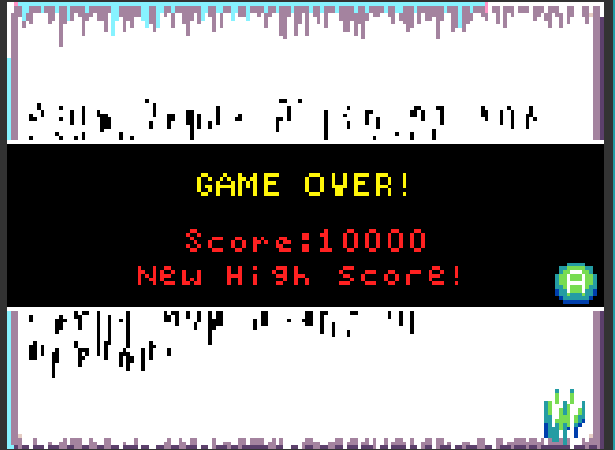 Note: i killed myself on purpose at 10,000 because the image would look better.
it took about 8 hours across multiple days to get this record breaking score

can you show me the full image

I’ve also thought of another unique challenge called the “Hidden Food Challenge”. This challenge isn’t like the tiny food challenge, because the size of the food is the exact same, but instead the food is the same color as the background making it completely invisible.
*Food will always remain in the screen. 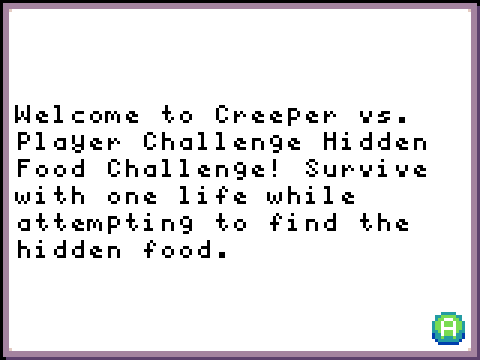 what do you mean? that is the image, and i no longer have the tab open

I don’t want to be that guy, but…
Assuming an average food pickup would take 3-5 seconds (4 avg),

4 * 10,000 = 40,000 seconds ~ 666 minutes ~ 11 hours to complete
I highly doubt that anyone would sit at their computer for 11 hours (or 8 as you claim) for a silly internet game made in a framework made for introducing kids to programming with blocks. But that’s besides the point:

what do you mean? that is the image, and i no longer have the tab open

is just a terrible excuse, and i belive you would be more eager to preserve that kind of achievement, and prove it to others.

Conclusion (pretty obvious but alright):
@GamerGod cheated in the score and boasted about it on the forum

i sped up the game in the code, it just makes it easier 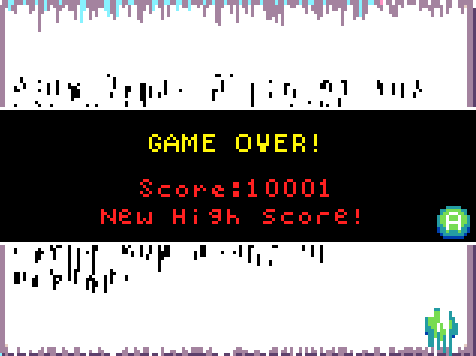 EAT AND WEEP BOYS I’M THE KING OF THIS GAME 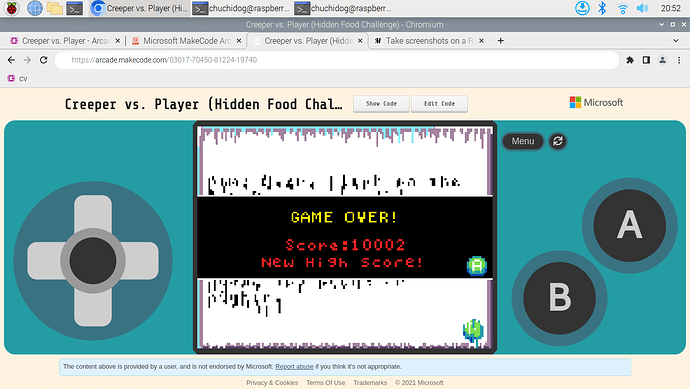 I Made a version where it’s slightly visible but there are difficulties with moving backgrounds and other distracting shapes: 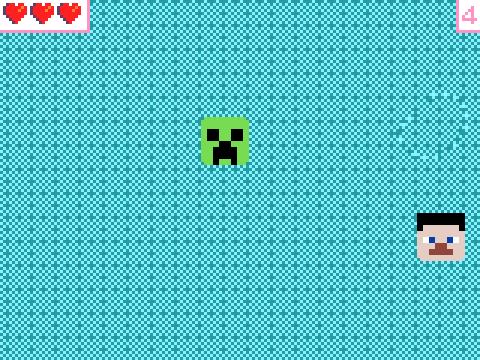