Hi, I was wondering if there was a way to create dialogue portraits for characters, just like a certain RPG game…

Any help is appreciated!

You could use the story extension (built-in) to display dialogues with character name labels above the dialogue itself, but if you want a picture of the character that is talking, you could draw a sprite and then render it above the text using the set portrait z(depth) to <value> where the value is a big number. Here i provided an example, and I named the sprite which is used as the portrait “portrait” but you can really rename it to anything. 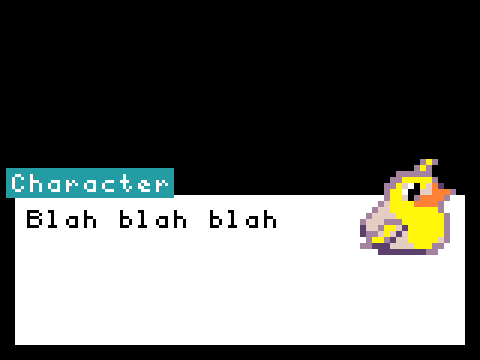 Ask if you have any further questions or problems with your code, and cheers!