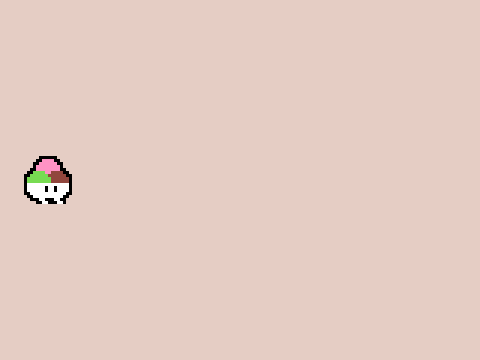 I made this cute little ice cream character, but I’m not sure what to do with it. All he can do right now is walk back and forth. I was wondering if anyone has any ideas for a game I could make around it. I was thinking of making the game food-themed and the characters are desserts. But I’m open to any ideas!

i don’t have any ideas but i would die for this little dude. the bouncing scoops are SO CUTE

OMG this guy is soooo CUTE!!!

Actually, I have thought about a suggestion for you.
You could code some adventure where this little ice cream must stop the cursed ice cream stone from melting the ice creams.
P.s, the ice cream is very cute! (And tasty…)

I love the character! Great job.

I like your idea, a game where you would have to stop your fellow ice cream buddies from melting would be a good story. For the genre, I was thinking about making it into a kind of boss rush game where you fight evil foods or something.

This idea is simply amazing!

you could have an ice cream friend for the ice cream character, but the friend gets possessed by an evil ghost, and your evil friend enslaves the rest of the ice cream population, and you have to throw ice cream to beat your enemies. on the way you meet an old ice cream cone who helps you get inside your possessed friend’s fortress, and inside there is very hard parkour and lots of guards. when you get to fight your friend, but his eyes are red and he is a ultra-strong boss that is super big. you can only hit him when he is immobilized. he can stomp on you and summon 2 guards. once he stomps and misses, he will be immobilized for 2 seconds. once you get his health down to half, he will get an attack that rains tiny ice cream chunks for 5 seconds. when you defeat him, the evil ghost gets knocked out of your friend and everything returns to normal. it might take some time to make this idea though.

Can I use the sprite please?
Also It could be a two player game.

sure you can use the sprite just give me credit pls

i have created a platformer based off a dumb comic i wrote with an ice cream cone lovable villain. there is lava that he shoots snowballs at to cool down and make it save for him to jump around. it is just a simple platformer but it could be useful inspiration, 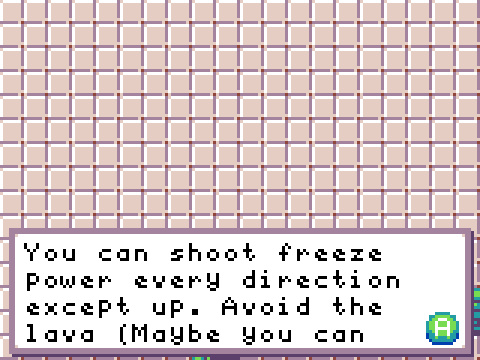 feel free to use any code, art or other ideas, and you don’t need to worry about giving credit to me for this idea if you use it.

He could fling scoops of ice cream from his… ‘head’ (which part is is head, just the bowl or the ice cream too?)