How would one make these screen effects?

This is not an actual request, but if someone does knoe how to do it, please do make a demo.
Also please watch this video first: https://www.youtube.com/watch?v=zjQik7uwLIQ

and a heat screen effect

But how would one make wavy effects like this? 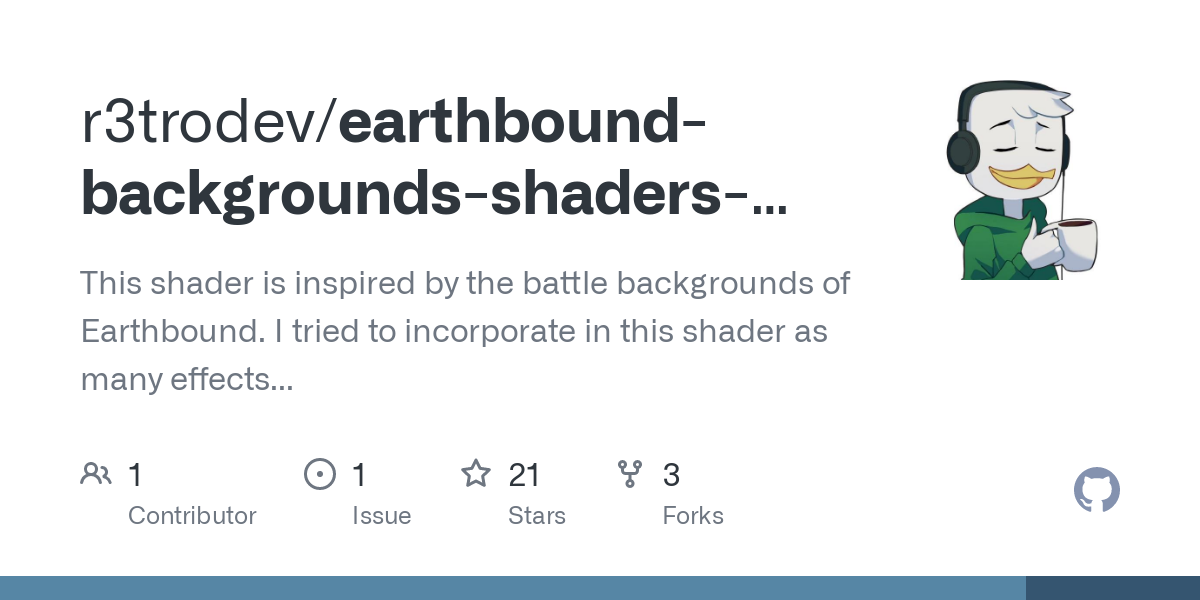 GitHub - r3trodev/earthbound-backgrounds-shaders-godot: This shader is...

Success! Although this is one effect, its still really cool to see:

I plan it to be a extension.
Heres the github link:
https://github.com/gasanchik/pxt-imgfx

Now with setColumn and getColumn done, even vertical screen fx like this can be done!

There are two reasons why this is slower on hardware:

To clarify the second point, here’s a more detailed explanation:

You can think of the memory of the device as one long array of numbers. Since it’s a 1d array and images are 2d, we need to “flatten” the image to store it in memory. This is done by storing all of the columns one after another end to end. For a 2x2 image, it looks something like this:

(this isn’t quite accurate because each pixel is actually half a byte, but it’s good enough for this example)

Because all of the pixels in a given column are stored next to each other, reading/writing an entire column is fast because it’s all in one contiguous piece of memory.

Now why does being a contiguous piece of memory matter?

Well, computers have several layers of memory that they use to store data. You’re probably familiar with two of these: the hard drive and RAM. RAM is way faster than the hard drive, so when the computer needs to access something often it will move the section of memory it lives in into RAM. It’s expensive to put something into RAM, but it ends up being way, way, faster in the long run if it’s being accessed multiple times. This strategy works best when things being accessed are next to each other in memory, because then only one chunk of data needs to be moved into RAM at a time.

When you access a lot of memory addresses far away from each other, the computer needs to keep moving more stuff into RAM every time something is missing. That’s why it’s better to access stuff in the order it’s stored.

In reality, most computers have more than just two layers of memory. Each one gets smaller and faster the closer it is to the top.

I only expected it to be because of the c++ it was written in!
But, do you know how to make a blitColumn function?
I cant seem to convert your c++ code into ts. Its a bit complicated for me since i donw know c++.

Can you give me a link to the code you’re using get/set columns on? I’m wondering if maybe it can be rewritten to use get/set rows.

Very interesting topic for me, thought I am not good at it.

For in each time screen effect applying, get/setColumn will be called many times(100~160 I guess).
So just supposed:

Is that a efficient way?

@AqeeAqee that would certainly speed things up, but the screen is rather large (10kb) and keeping around an extra copy might cause memory issues.

@hasanchik have you tried using image.blit (not blitRow). Not sure how the perf will compare, but it might work for your needs

Could you also help me with a new function im creating? It basically loops an image with no seams in a canvas of w width and h height. It looks really janky and bad and i dont know how to make it. Its like the scrolling background extension you made but with support for any size image.

The right and bottom part is cut out, that is what i mean with “looping a image with no seams in a canvas”. Here are the scripts:

i dont think that would work, because the screen is a rectangle. If you transposed the screen you would lose alot of image data.

@hasanchik give this a shot:

Thanks alot! This will be a really good extension thanks to you!

@AqeeAqee that would certainly speed things up, but the screen is rather large (10kb) and keeping around an extra copy might cause memory issues.

Yes, indeed. I ignored 10kb memery is so critical for embeded devices.
Maybe some simple project could use it for preformence, absolutely bad idea for extensions.
Thanks.

@hasanchik That’s what I mean.
Sorry for my English, it’s not my native language.

Hi again,
I’ve never mentioned this image effect i made: Its a dithering effect. It can dither from one image to another, from an image to a color, or simply fade. Its like that morph extension. Take a look:

Problem is, this is incredibly laggy!!! On my xtron pro, when i applied this effect to a 16 by 16 sprite, fps drops to 20. Then i applied it to a 32 by 32 sprite, it drops to 10 fps!! And when i apply it to the whole screen like the gif it drops to 0.4 fps!!! Maybe because im setting every pixel, but that cant be it alone. I really dont know how to optimize this.