Well, this is it.
I made a Kernel within Makecode Arcade.
It’s called Juno (It’s officially a week old, by the way

)
I made quite a few versions of it.
The version I am going to display is Version 30. Don’t assume that Version 30 is very far in development…
Once I get to version 100, the first version will be officially released. 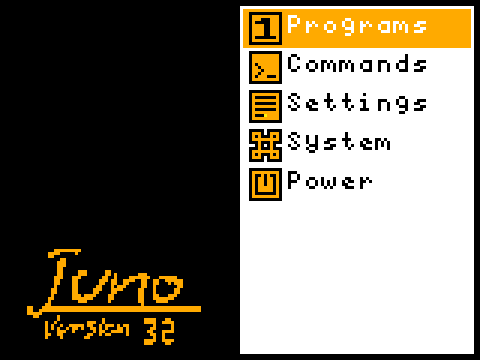 I’ve seen a lot of Makecode Operating Systems before, and I felt that a lot of them were well made. I hadn’t made an Operating System before, so I decided to make one using this engine.
There is a version of Juno I made using C# (It’s a seperate edition called Juno C.)
Of course, this is a development build. The first build I made that was a major release is Version 27. This version, however, uses a GUI, which other versions hadn’t used prior. Instead, they used a text-based interface similar to the Command Prompt in Windows.
Hope you guys enjoy!

Your wish has been granted. 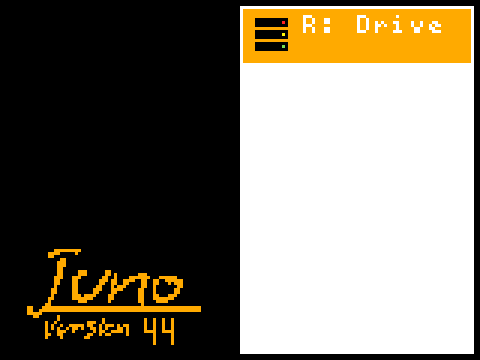 Nice work, but I spotted a bug! When you enter the ‘system’ menu and exit it, every A button press in the menu will just bring you to the top!

Thanks for noticing this! 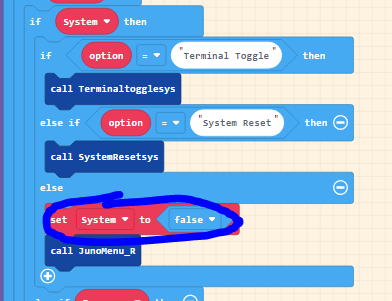 Haha, no problem, I look forward to helping further.