She’s on the right track…but right now, she’s using a tilemap as the background, and that’s easier to set-up, but it’s harder to code the “clean-up”. Using sprites is much easier to clean-up, but a little more work to set-up and it lags.

I see that she created a function to lay out trash as sprites. If she were to position those randomly, she could use the overlap container she’s trying now: 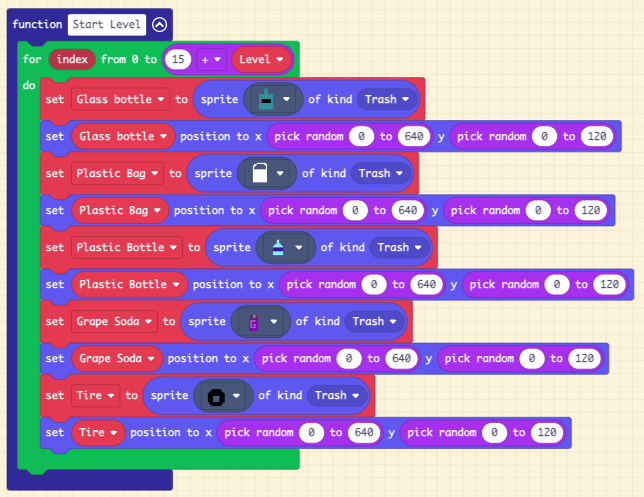 However, the game will be really slow with all of those sprites floating around.

If she wants to use the tilemap, she’ll need as many tile overlap containers as she has types of sprites:

She’ll need a new tilemap for each level, but the game should perform much better.