so as you guys know there are a lot of sonic games in the forum with different aspects which all of them are amazing. the one problem is that not all of these aspects are in a single game .so i would like to create an entire collaborated sonic fan game, i have made a template below for everyone to build off of but it wont be any levels pre made , all of these levels will be created by you guys with an eggman boss at the end of the second srage of each zone and it will have an awesome sonic opening title screen similar to the first 3 classics
i would prefer if there was a level that included water including the physics of slowing down and drowning
and would love if there were proper slopes and loops with the animation of sonic rotating as they go around hills

I will do these

I remember a extension that made slopes work and it worked like a charm.

I’ll probably use a modded version of my mini tilemaps extension that allows for “sticky slopes” where you stay on them (unless you jump). The physics engine is probably the biggest and toughest to code, but I could probably make one that isn’t SUPER janky.

can i have link?

Does this Game continue 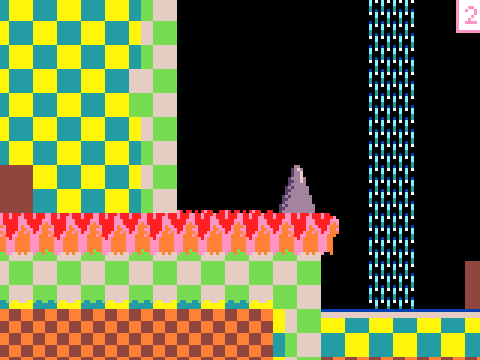 I saw that u liked my game

How did you get sprite utils i cant find it

How did you get custom health?