This board is compatible with the Micro:bit makecode site and uses an extension http://github.com/KittenBot/pxt-nanobit to handle the changes in pinout. 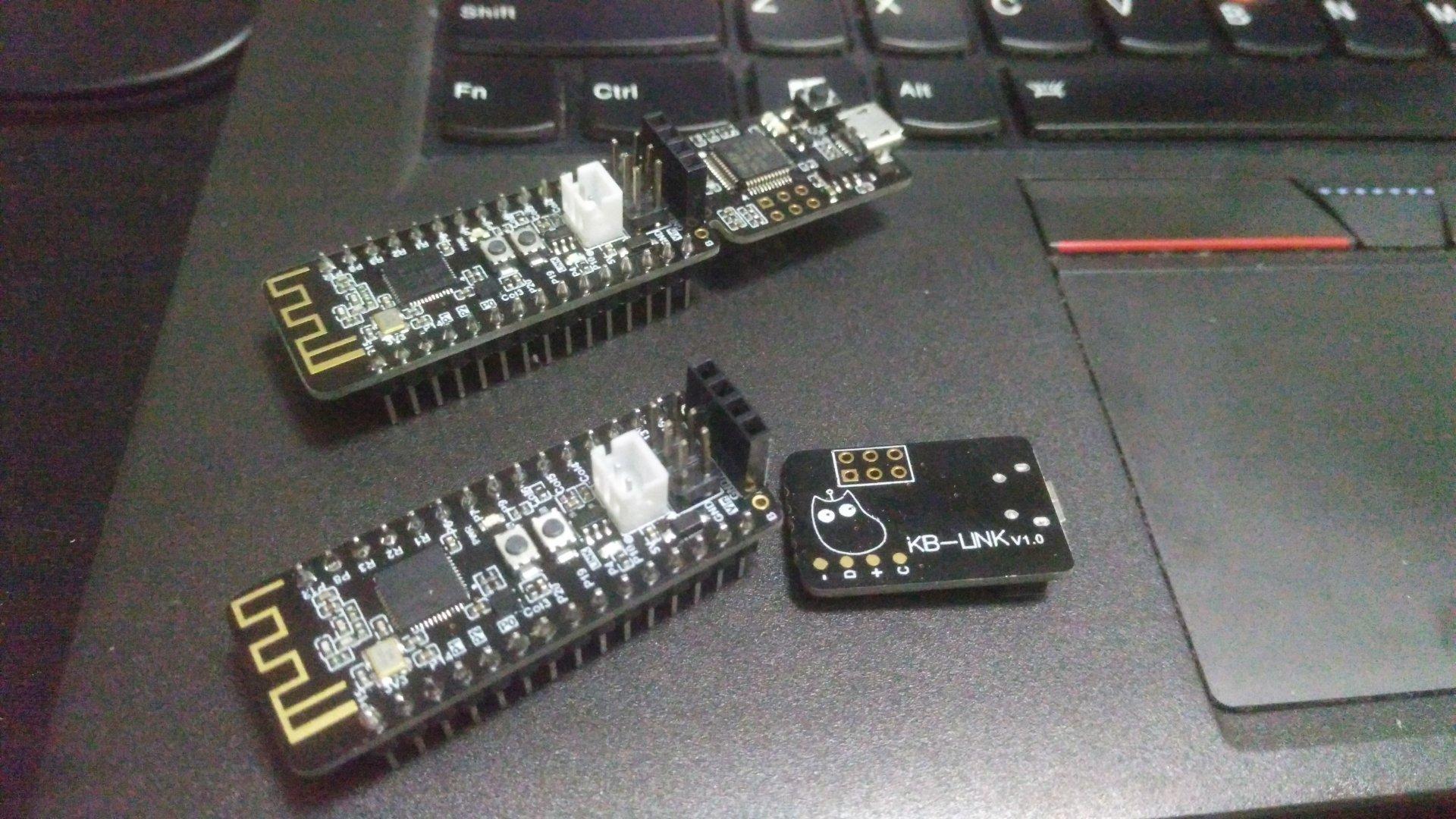 The idea of the board is that it comes with the uf2 programming interface (here handled by an STM32) which can be broken off when using the board (traces go across the breaking line via traces at the top and bottom). It then has the same formfactor and pinout as a Arduino nano. The KB-link (or programming link) can be used in that case to attach to the 6 pin header (needs you to solder those on).

Could you describe the architecture a bit more? What’s on the nano:bit (is that the daughterboard?)? Also, are there future plans for the stm32 based programmer?

This is a new propduct by KittenBot; https://kittenbot.readthedocs.io/zh_CN/latest/mainboards/Nanobit.html (Chinese-only) that is a DIY board that is completely compatible with the Micro:bit as it is based on the same NRF chip. See it as a micro:bit without the LED matrix and no edge connector (but instead uses a DIL layout mimicking the nano)

The daughterboard is what replaces the NXP USB interface chip that is used to provide UF2/CMSIS-DAP. So when you break the daughterboard off, you have a small ‘nano’-sized board that runs standalone. To reprogram you can use the exposed header and reprogram it.

I am not sure if KittenBot wants to sell this outside of China, but it would seem likely. Although so far they haven’t responded to any enquiries.

And the daughter board does both hex and uf2?

So far, I have only used .hex files. Not sure about that actually. Haven’t had much time besides ‘everyday work’.

@jamesadevine i also got interested in the daughterboard from the idea to perhaps use this to reprogram some of the nRF51822 chip on module I have… just need to decipher the pinout with following the traces. As mentioned, so far did not have a lot of feedback on questions I had.

Could you describe the architecture a bit more?

On the right side there is a dedicated i2c socket that can be used with an OLED display (12832, 12864) and the pxt-nanobit extension comes with a modified extension that targets this.

As you can see, the rest of the pinout is there, P0, P1, P2, two tiny buttons representing A and B, etc. It might not be long before you see a breakout board that has an edge connector

both hex and uf2?

.hex-only as far as I can tell now.

Also, are there future plans for the stm32 based programmer? 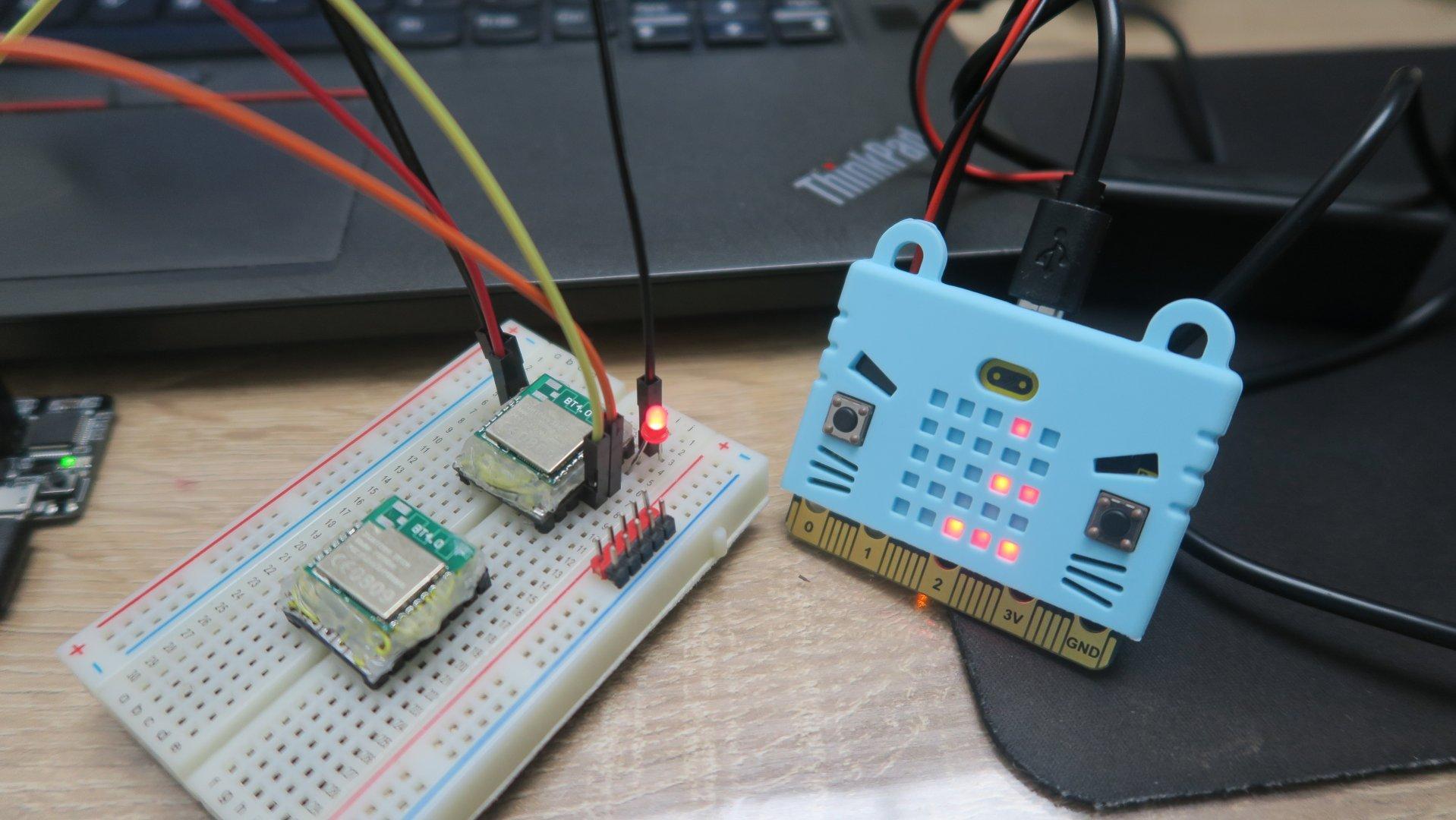 I used the KB-link (KittenBot Nano:bit’s programming daughterboard) to program a System-on-Module PTR5518 to blink Micro:bit’s P8 using pins.digitalWritePin(DigitalPin.P8, 1). This pin translates to P0.18 on the NRF51822. It then sends the number out over radio using radio.sendNumber(c) to a regular Micro:bit which uses radio.onReceivedNumber to display this with basic.showNumber(receivedNumber). 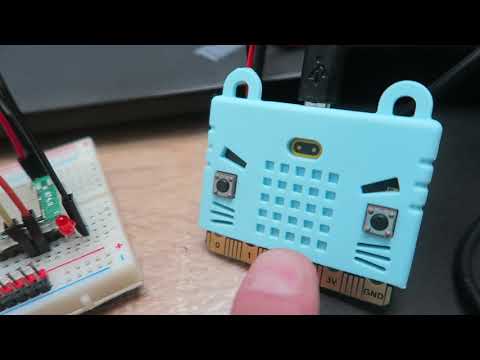 I made some better photos so you can see it matches the Micro:bit pinout.

And for the programmer: 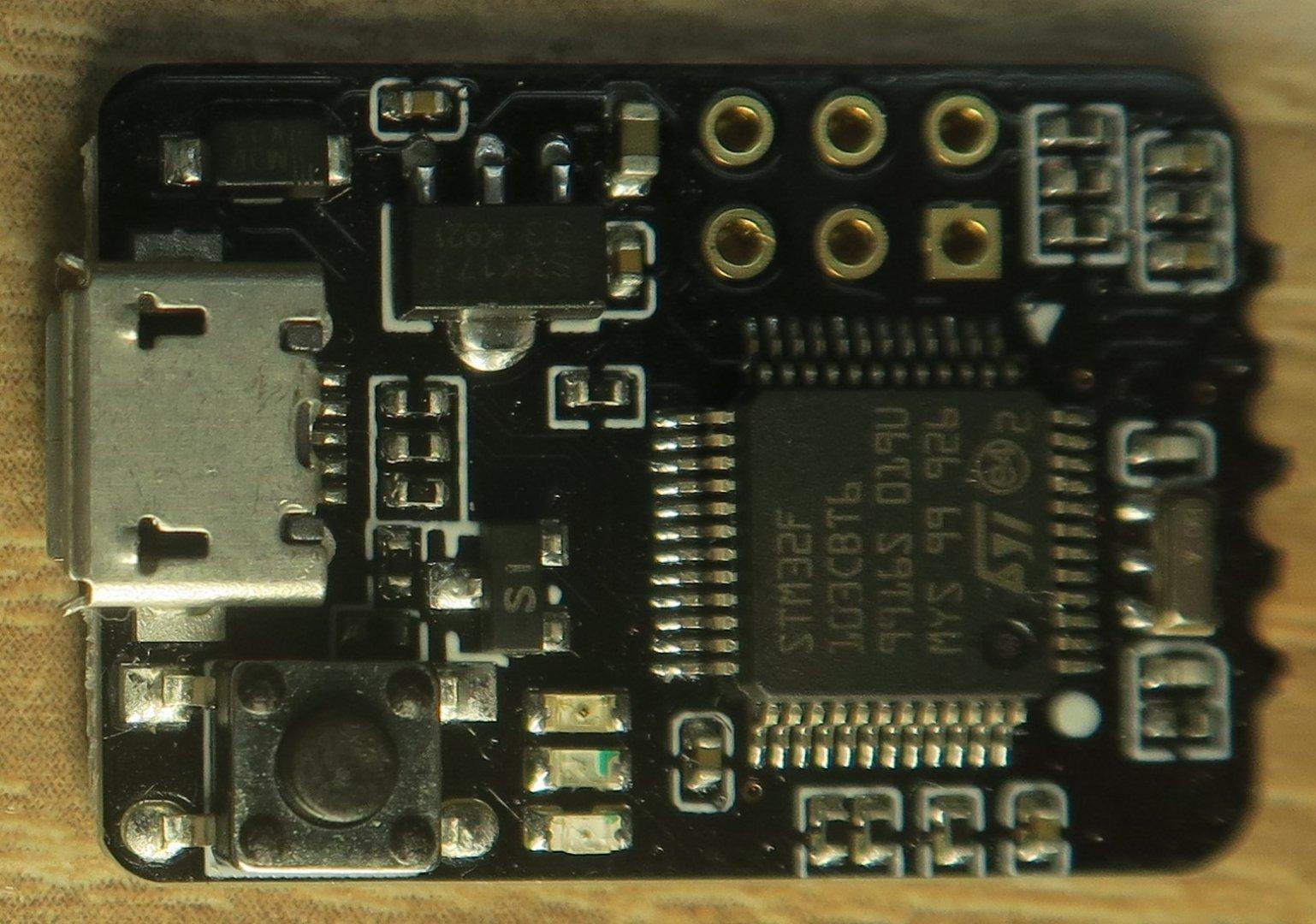