For playability, it is recommended to play (or edit, cause it was all made in blocks) this on a high-end computer.

Lots of similarities between the last version as well, so if you played that version you’ll be right at home, including in some of the maps. (*cries in an inability to design tilemaps*)

Also, it seems like the game dialogs (like “Not enough money”) like to break my TilemapPath extension and throw an error so try to avoid doing that while in a wave lol.

(hopefully monkey wizards, spike factories, and subs make it in a future update but no promises!)

If the loading time is too slow, you can edit the project, find the set_variables function (next to the on start block), and set dart_angle_precision to a number between 1 and 360 that is also a factor of 360. (ex, 36) (defaults to 60) The higher the number, the more “high-resolution” the rotation of the projectile. Significantly low numbers (<8) can affect the dart precision. There are also other variables in there like game_lose_on_0_lives and lots_of_money which should be self-explanatory. 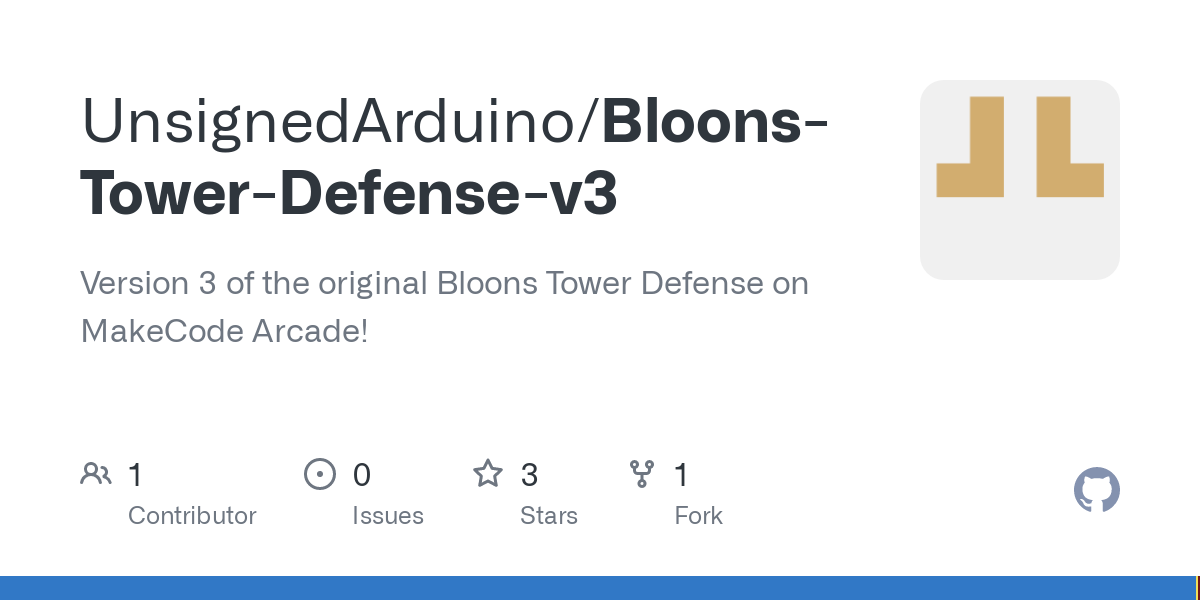 GitHub - UnsignedArduino/Bloons-Tower-Defense-v3: Version 3 of the original...

It was the sharks, the serpents, and now… balloons