so this is cyclone my arcade shooter type game
if you need controls its the d pad to move the red/blue dot. (a) to shoot.
in single player mode the (B) button will end the game but if the second player mode it will make you shoot 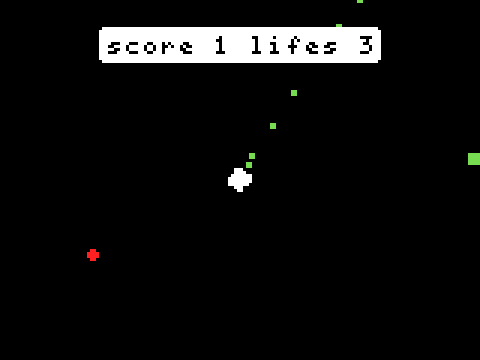 thanks, I worked hard on it @Skitter, and its one of the best games I’ve made so far 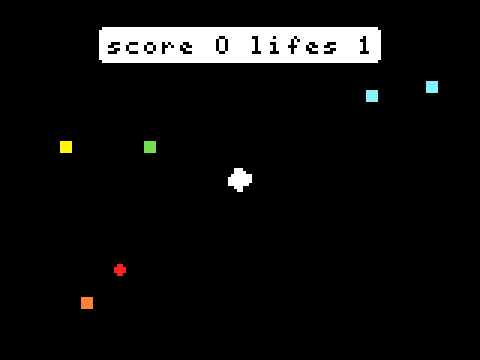 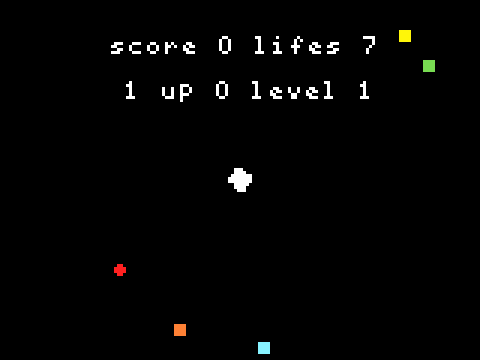 ADDED:
better text
better sound effects
now you can see 1 up and level values
P.S.
if you have any ideas of what to add I’m all ears!

Ahh this game rules! It’s super fun and definitely feels like a classic arcade game that someone (me, haha) could spend hours playing. The text display looks great, and I love the variety of enemies (green ones are my least favorite to fight) and the mechanic of having the bullets go towards the cyclone adds a lot of depth to the game!

Some things you could add:

I also took a quick peek at your code, and noticed one small thing. The interval in this on game update block:

is only calculated once at the start of the game. Each time you restart the game, it will pick a random value, but that value won’t change over the course of the game (so if it picks “1”, an enemy will spawn every 5000ms for the rest of that run). If you want the interval to change each time you spawn an enemy instead, you will need to use a forever loop with a pause, like this:

Hope that helps! I can’t wait to see future updates, I had a great time playing!

thanks so much @shakao for the suggestions, and I think its great you played!
p.s.
it’s fine if you mess with the code and add stuff and if you do please give me the link!
thanks again, @shonco.

This is awesome! The way you made the projectiles fly toward the middle of the screen is really cool, and the music is simple by awesome!

thanks @GoMustangs for commenting! I’m glad that I made something that makes at lest it makes a few people happy

Really cool game, I love the mechanic of the bullets going towards the middle, it’s really challenging, but also interesting. Can’t wait for the next update!

This is awesome! Great job. This feels like a game that would go great on the VIC-20!

quick note:
I won’t post as often on Monday and Wednesday so just remember that.
also I won’t be answering comments innless you put @JRT intel further notice because of school. 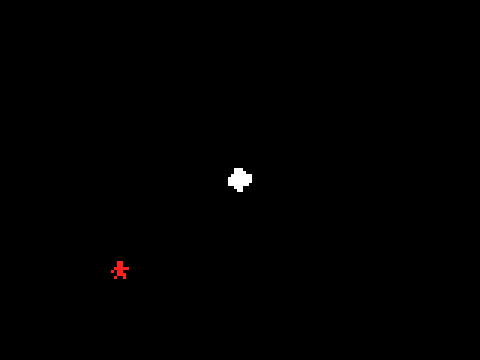 ADDED:
graphics for player and enemies
a starting sfx
P.S.
I started using pico-8 for coding also. so I may not be posting/working on stuff as often. Happy coding