Furry my favourite jump and run

6 years ago I got a Gamebuino via kickstarter.
here was the starting point for me to extend my programming knowledge which i have collected at the 3d printer. 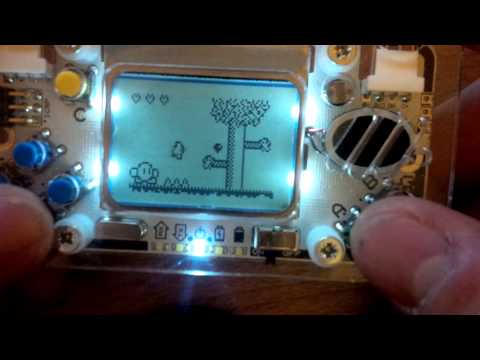 Unfortunately the project failed due to time constraints and the performance and resolution of the gamebuino was not quite sufficient.

7 weeks ago i stumbled over makercode while googling and i immediately started to revive the project which i had been working on for 6 years.

A kittenbot was also ordered to test it on the hardware.

I would like to introduce the project now as an early alpha as I am at a point where the questions pile up. I hope you can support me in the further course of the project.

The project gives a small remake of the original Furry.
Furry is a little jump and run from Fallen Angel Industries which I played till I dropped in my childhood.

Hey, this is fun and very beautiful!
It works on Meowbit. Level 1 runs smoothly but level2 has a lower fps.
Still playable but you notice some lag.

Enemies react to projectile= in progress and some Question

How do I make a separate counter (“enemyLife”) for each bumper?

i can program a little bit PLC (Siemens), there is something like a structure here is there something similar at makecode?

@jwunderl built a small extension to attach lives to sprites I think.

Do you want them to have health that shows up like a health bar, or just health thats stored and hidden from player?

For status bars you can use my status bar extension:

This extension is fairly narrow in scope: it adds a special ‘status bar’ sprite, which can be used to manage statuses similar to to Lives and Score under Info. There is some overlap between this extension and the Sprite-data extension, in that they do similar things; if you just want to store data without anything showing up, you should use that extension instead. Here’s an example of several ways of using status bars: and here’s the extension itself: Note that the status bar is actually …

For just storing the data without something showing up on screen, you can use the sprite data extension:

I dont need a HealthBare

@jwunderl thanks for the tip with the extension

I tried this on the featured, and a lot of things were broken. It seems the code was pulled apart randomly.

hey are you still working on this game? because i really want you to make a update