This game is inspired by Catacomb 3D, one of the children of the classic DOOM from 1993! Catacomb 3D was made in 1992 by id Software, which is right before Wolfenstein 3D.

I have just started on this project so I just have the first level in this demo, and no enemies, but I plan on adding enemies and bosses that have to notice you before following you, maybe using @felixtsu’s Sight and Waypoint extensions and testing with the source code.

Even though it is just a proof of concept I hope you have fun!

I might never complete it, but I will try if I get enough support from the community, everyone is free to play around and add their own mods/editions to the game themselves! (I will be adding comments explaining what I did eventually)

Added comments to the game! 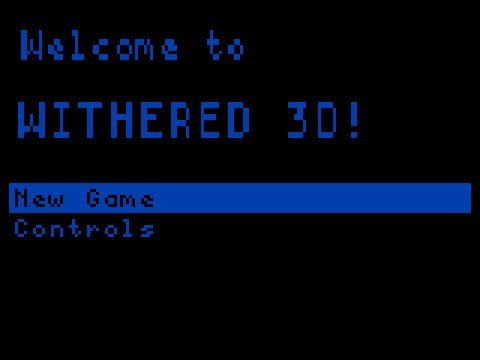 Great!
Glad to see another project of 3D Raycasting ext.
I am always ready for support, feel free to ask question or new feature please.

The only features I am thinking of are strafing (that I already mentioned) and elevations, which are likely hard to program so I could understand that it could take a very long time. Just make sure that whenever anybody requests an update or feature, take your time! I would rather have quality features that take a bit longer than something that has defects because it was rushed!

Thanks for understanding!
Like you said, I felt not very sure these features should be, so I was working on some others for a while and think it now and then. But have no any further idea about these new features by now.
So, I plan to release them recently just as it is in previews.
Hope better proposal will rise after using.

This is a cool project!

And usage for strafing is here