@shakao, @jwunderl, @livcheerful and I started part 3 of our collaborative game on stream today and now we’re opening the floor for you to submit assets for us to include in the game! Anyone who submits content that we use will be included in the credits of the final game (which we should be posting some time next week).

Our game now has an awesome armadillo town and some new enemies, keep up the awesome work!

Today we are asking for some minigame assets. This is something we added during stream today in battles where you’ll be playing a minigame to try and avoid damage. We have a mini version of our heroine (Persephone the pangolin) who will be firing scales at enemies on the right side of the screen. Here’s a GIF that shows what it looks like so far:

The kinds of assets we’re looking for are:

That’s it! We’ll be making a new post like this every day after stream to get more assets. Thanks for participating!

I couldn’t think of minigame assets. Sorry. I just made a bunch of enemies and interactibles. Each one has a note/description. https://makecode.com/_7kuUxqXWwazX

I have an idea for the battle music. It could be the regular theme just played on the lower keys. It might give it a darker more battley (is that a word?) feel. In fact, im working on that right now!

I have a suggestion for the battle minigames. Try adding black bars to the top and bottom, that usually works in video games when trying to make something more dramatic, for example Dani’s Karlson 3D. And try adding a filter that kind of mildly greys things up a little

I made 3 minienemies for the giant scorpion, dust bunny, and mummy. I also made a mini battlefield: 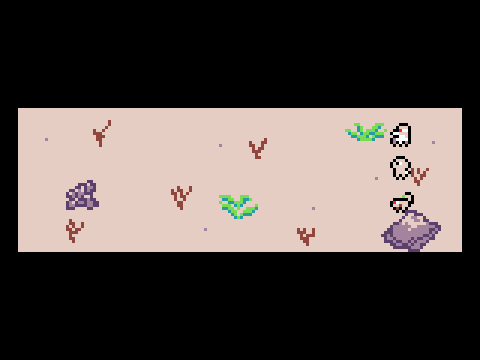 But here it is! (Don’t forget to define stop_music globally, blah blah blah…) This will play the intro once, then the theme twice, then the end once.

Battle of the Pangolin

(I am also extremely proud of the title)

Here is the Sandwitch!

yes i turned my chupacabra into a mini game ai

Here is my new sandwitch! 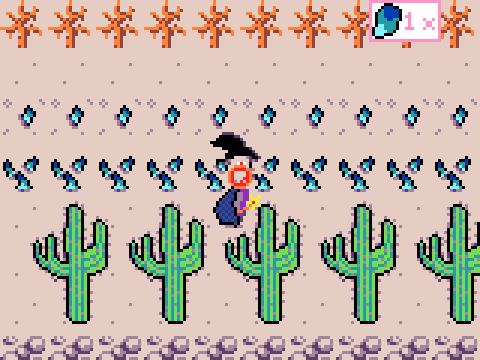